Where are they now? A catch up with 2005 National Rural Ambassador Chris Badcock 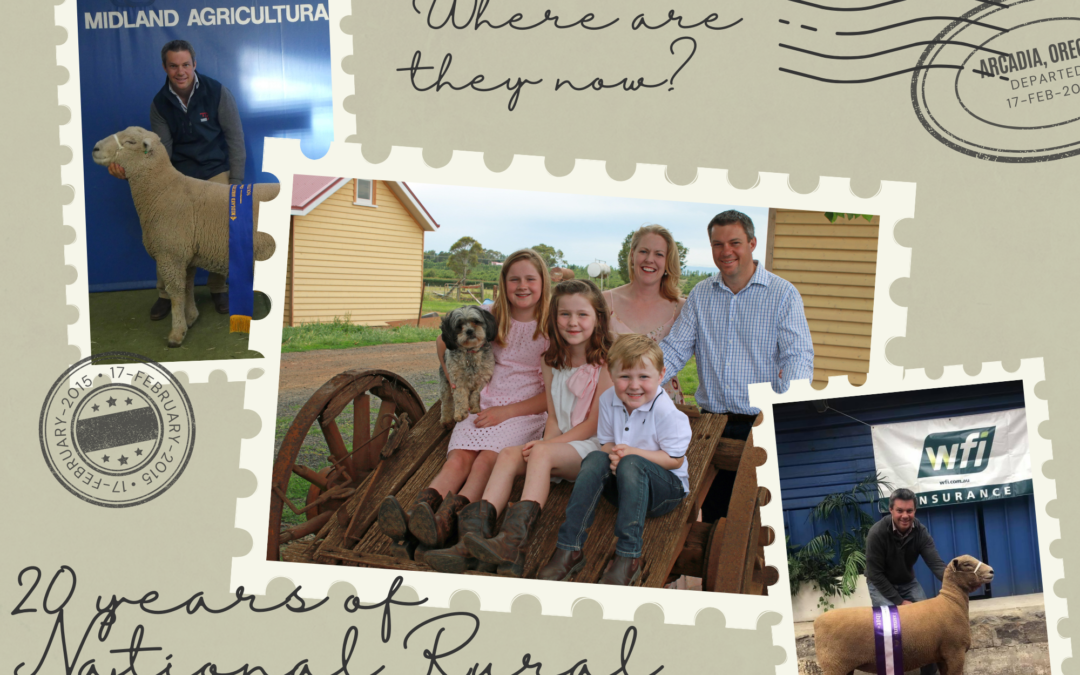 Did you know that this year we’re celebrating 20 years of the National Rural Ambassador Award? To celebrate, we’ve been catching up with the 19 individuals who have held the prestigious title since 2001.

Sometimes all you need is a little push from your sibling. In Chris Badcock’s case, he’s got his sister to thank for giving him the encouragement he needed to enter, and win, the national rural ambassador award in 2005.

At the time Chris had completed his studies at Marcus Oldham College in Geelong, Victoria. He’d been travelling overseas and had just settled into a new role with Roberts Limited (now part of Nutrien) in Tasmania as an agronomist.

He’s spent the past 12 years in agribusiness working as a rural manager for Rabobank based out of Launceston, Tasmania. Last year Chris took the role of managing the family property in northern Tasmania where he lives with his wife and three children.

“I had the privilege of competing in Darwin where I had never been before. The opportunity to travel and meet new people always interests me and getting to know the other contestants from all over Australia was fantastic,” he said.

“Any event that involves public speaking and putting yourself out there gets you out of your comfort zone a little. I like the confidence these events build on young people as they are our future leaders.”

Chris’ family has always been involved with shows either as exhibitors or on various committees, particularly in the sheep ring. They would exhibit at at least six shows in both Tasmania and Victoria each year.

“My sister has always been a great supporter of the show movement and had involvement in our local show at the time and she encouraged me to enter the rural ambassador award,” Chris said.

“I am still exhibiting sheep at local and royal shows both locally and interstate and I’ve  been involved with the Campbell Town Show executive committee, Royal Launceston Show sheep committee and for many years after winning the ambassador award I managed the junior sheep judging competition across the state.”

Chris has been actively involved either through shows, his work with Rabobank specialising in agricultural lending and his continued involvement with the family farm. He currently sits on various breed society boards and on the sheep connect producer advisory panel.