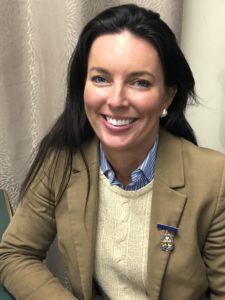 To honour Lyndsey’s achievements when she represented Condobolin and to further recognise her subsequent decade of highly professional voluntary service, the Condobolin association was proud to present an honorary life membership to Lyndsey.

As only the fifth person to receive this honour she joins Condobolin’s two former Sydney Royal Showgirls, Lee Cobb and Clare (McDonald) Robinson.